When did the Medieval period end?

Just as it didn’t "begin", it didn’t really end. History simply doesn’t stop and then restart as something else.

History courses do begin and end, however, so historians invent and embrace "periods".

[and remember that Italy was invented, formed, discovered during the Medieval period.] 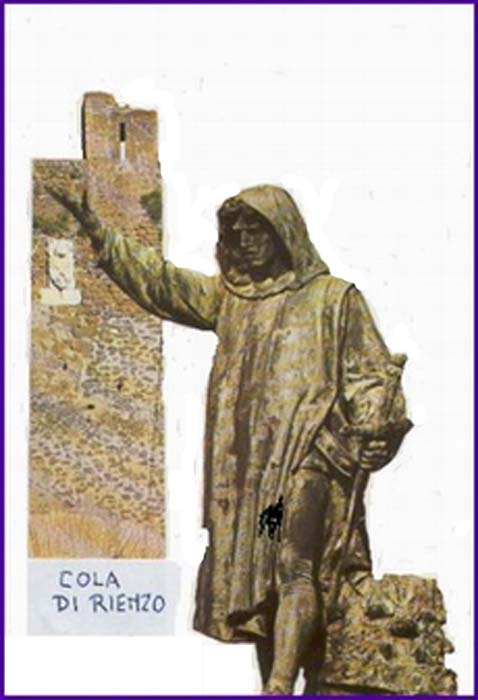 Much of what we know about Cola di Rienzi is semi-legendary.

Petrarch, who transmitted and controlled some of the initial information was an interested party — some say that Petrarch may have manipulated Rienzi as part of the Guelph/Ghibelline conflict and/or as part of the Colonna / Orsini rivalry in Rome and/or as an agent for the Avignon Pope (a Frenchman) who really wanted to stay in Avignon.

If Petrarch really was the puppet-master, he then was the first Renaissance man